I’ve had this post as a Draft ever since I came back from Austria (which is a weird-ass country by the way), mainly due to the fact that I managed to change ssh port on my server without changing the firewall :)

So I finally connected a keyboard and screen and set everything up the way they was, which meant I could commit the changes I did to the Trekwar game to the server, and get them on this computer and grab some screen shots.

It is now possible to move your fleets around the map, Client allows you to press the tile the fleet should move to and then tells the server to move the ships.

Fixed a bug where the local copy of the move orders where not updated properly, implemented the starsystem controll window: 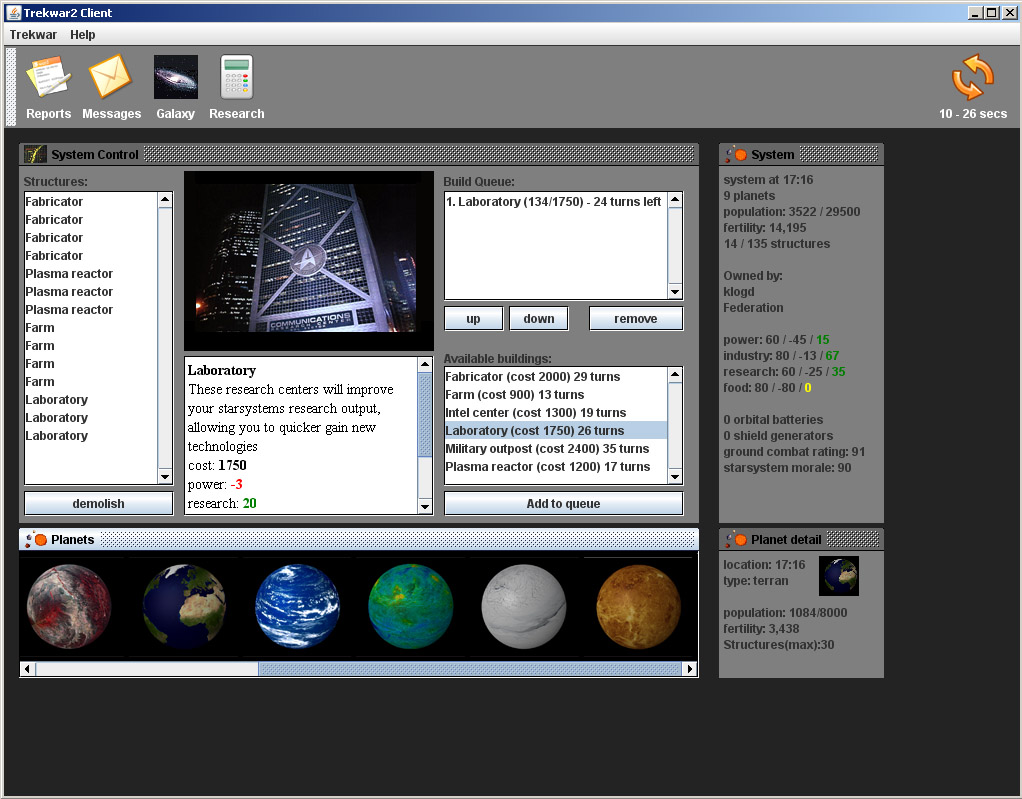 On the airplane back home I implemented the asteroid belts (high-altitude programming is fun).

Notice the beautiful asteroids drawn in mspaint on my laptop’s touch pad :) 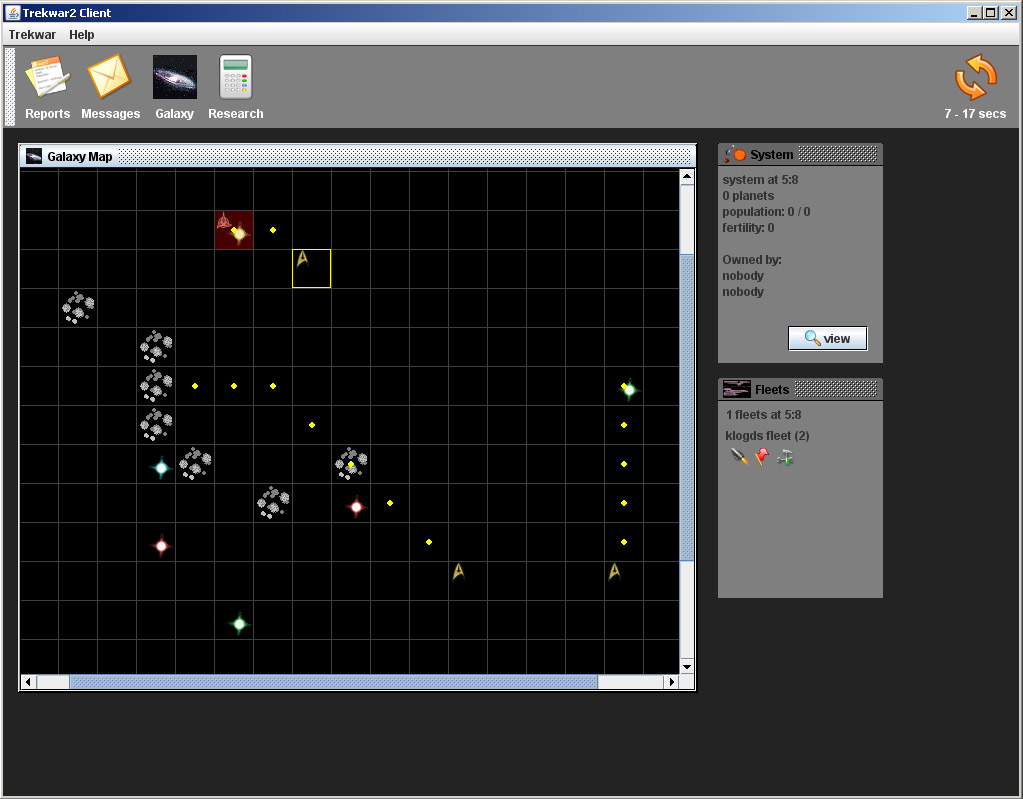 next In Soviet Trondheim, road hits YOU!