First day of the convention, up “early” for a shower and breakfast. Got to the convention hotel around 11. but kept walking between several places to get those sponsor tickets I won from GameForge (the makers of Star Trek Infinite Space). 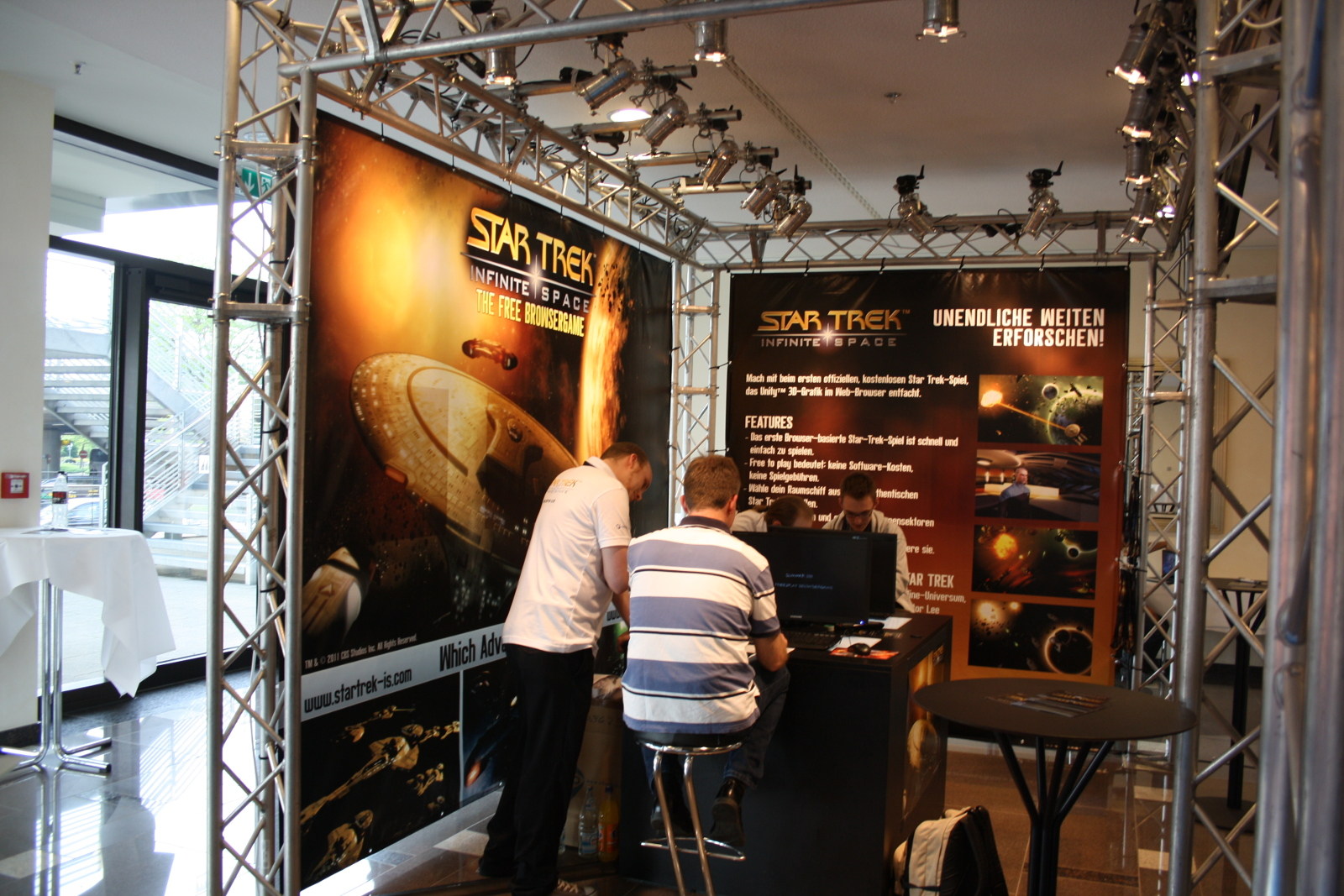 Having used 1 hour to finally get my badge (and being sent back and forth between about 10 of the Fedcon crew), I went to the Infinite Space booth, and got to test a development build of the game. I liked the game, the graphics is very nice, the controls were OK but some features were obviously missing. The mission you played in that particular development build was a bit disappointing story wise, and seemed a bit rushed (but what can you expect from a developer build?), but it showed off a bit of the mission system, and it seems pretty good. All in all, I think it may turn out very good, and I’m looking forward to follow the game progress to alpha/beta testing. 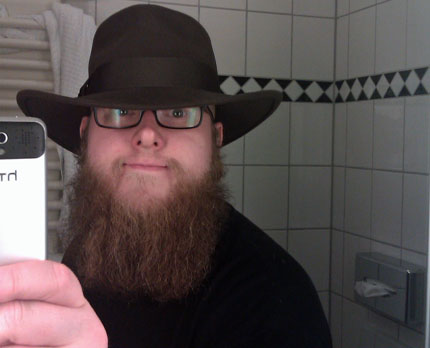 I kept walking around the convetion area, looking at booths, etc.. And then this Indiana Jones hat literally begged me to buy it (and by literally I mean figuretively), and by begged I mean “it was there” and by buy I mean “to exchange a common currency for goods or services”. I met a few people from Fedcon 2 years ago, which was nice, and some people from the German star trek forum said hi (or guten tag) :) Also I ran into Zach from Hailing Frequency and Trek Radio at the infinite space booth, which was fun.

I waited over an hour to get my photo taken with RDA (and if you don’t know who RDA is, you should really be ashamed of yourself).

Garret Wang did a really good job of being MC, and was alot of fun at his own panel and the Opening Ceremony.

At 21:00 it was time for the Wil Wheaton Panel, and at the time of writing I’m 90% sure it was the highlight of the entire Fedcon Trip. Wil Wheaton is just amazing (not just because he’s a fellow geek, gamer, skeptic, sci-fi fan, etc..) He’s always funny, intelligent and entertaining. A few quotes: “I’m a skeptic” (for posterity), and in regard to the recent Sony fuck up: “Sony puts DRM on EVERYTHING, but store your personal information in a text file.. Genius!” :) Also he talked alot about his roles on TNG and the Big Bang theory (Eureka was never mentioned, but he did mention The Guild in passing a few times :) )

After that I was pretty tired, so I opted out of whatever happens at the maritim after closing, and took a cab back to my hotel.