To sum it up, in 10 days the moon will be closer to the earth than it has been in 19 years. The newspaper then goes on to list a bunch of conspiracy theory bullshit about several times when the moon has been at its closest to the earth, earthquakes/tsunamies/etc. occurred.

The moon’s effect on the tides is around 60-70% and the sun makes up 40-30%, so of course when the moon gets closer the tides get more extreme, and unless I made an error in the calculations below, the difference in gravitational force between the earth and the moon from when the moon is farthest away and closest should be 13.764%

Update: It seems the formula I used above is the “shared” gravitational force between the earth and the moon, Phil Plait came up with a maximum 50% increase in the moons gravitational effect on the earth, which is a more useful number. Also he’s an astronomer, so I’d take his word over mine.. On anything but Star Trek trivia :)

When the moon is at it’s closest and at the same time line up with the sun, we get what’s called the Perigean spring time. In other words, a big ass tide :)

The paper suggests that earthquakes can be caused by the moon being to close to the earth (sounds like a 50′s sci-fi movie), but what I find quite surprising is the rather strange quote from the professor: “I would be very surprised, if there was a really strong earthquake at this particular date”. and that while living in California, he witnessed an powerful earthquake on the day before a “supermoon”.

The USGS defines a strong earthquake as anything with a magnitude of 6.0 or above (Christchurch was 6.3). On average there 150 earthquake like this yearly.

So the chance for a strong earthquake to happen on march 19th, is 41%.

If we however include the day before and after, the chance increases to 79%. 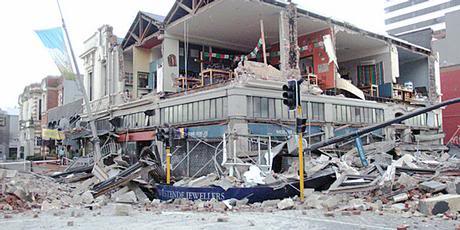 As statistics predicted a large earthquake did occur. It did hit a densely populated area, and caused a huge tsunami that hit the northwestern coast of Japan causing massive damages and deaths :(

The newspaper actually takes this flawed thinking to a whole new level, posting a picture from a earthquake/tsunami in Indonesia, making the point that it “happened only 2 weeks before a supermoon” (oooouh spooky!!).

Note: all my calculations are based upon dates of earthquakes being relatively evenly distributed through the year, as confirmed by USGS