Last night one of the ferrets just stood idly on the floor for about half a minute just staring blankly at me. It looked a bit like she was really concentrating, so the first hypothesis to explain this behavior was that she was trying to create a copy of herself through agamogenesis (asexual reproduction). This naturally led to the notion of a ferret able to duplicate itself once every minute, and seeing that playing with exponential growth is always fun, this scenario deserves some illustrations: 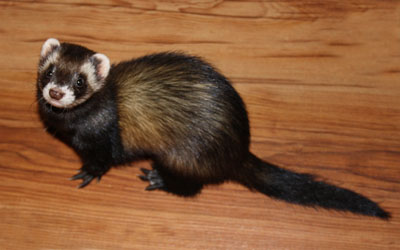 A single ferret, just standing there.. Looking right at you. 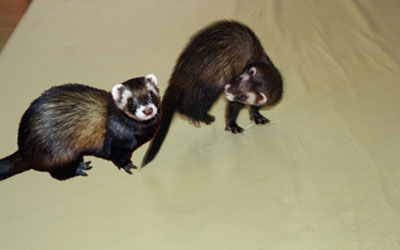 Wow, what the heck? did you see that? that ferret totally just duplicated! 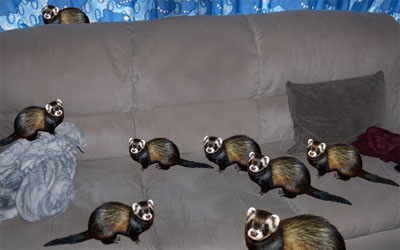 Sweet, 8 ferrets. this is awesome! 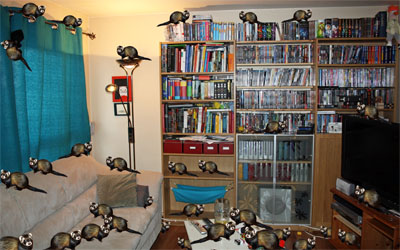 Ehm, I love ferrets but 32 is a bit much.. how do you stop this thing? 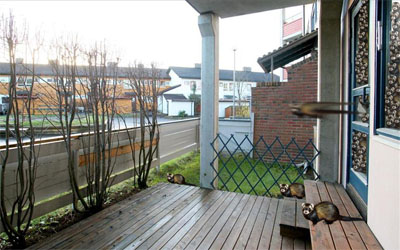 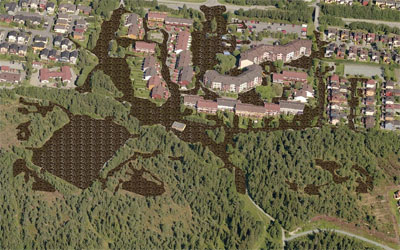 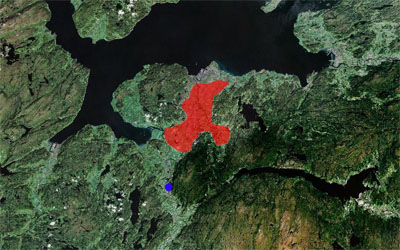 The blue dot is me, speeding away from the 50 square kilometer sea of ferrets half a meter deep. 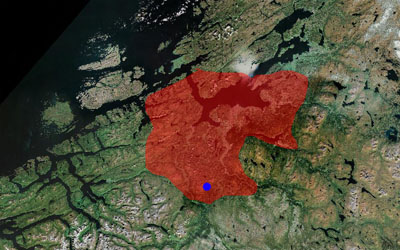 Despite speeding like crazy I was just overtaken by a huge wave of ferrets, twice the area of Rhode Island and 30 meters tall.. By now there are 281 trillion ferrets in Norway. 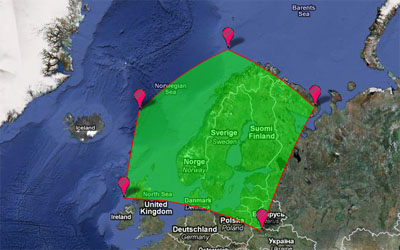 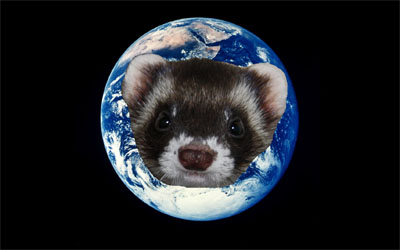 Ferrets rule the earth. Covering the entire surface of the planet, filling all the lands and oceans in a huge ferret sea 5 times the height of mount everest. The 37 sextillion ferrets weight as much as 1/3 of the moon. 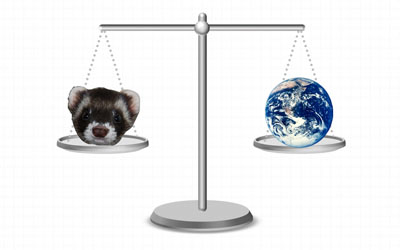 The ferrets now have the same mass as the earth. 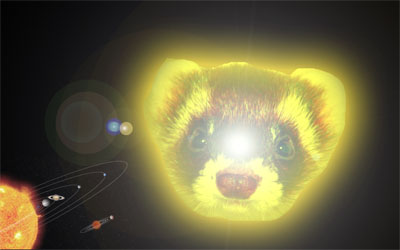 The ferrets now weigh 13’000 times more than our sun, the speed at which they can expand is limited to the speed of light, so the pressure and heat building up is extreme, this makes the huge ball of ferrets shine more powerful than our sun, while a black hole has formed at the center. 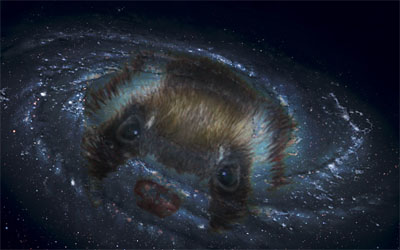 Ferrets now weigh the same as our entire galaxy, all of them are still confied to our small solar system and have formed a supermassive black hole.

Earth, the Moon, Venus, Mars, Mercury, the Sun, are gone for sure, Jupiter is just starting to get ripped apart by the ferrets gravity. 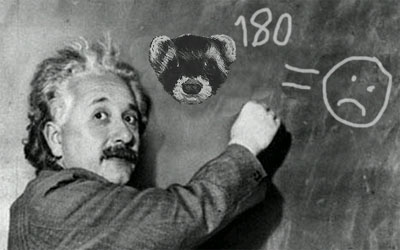 At 30 times the mass of the observable universe and confined in a tiny place, the laws of physics might breaking down and fusing together again for the first time since the big bang.. It’s safe to say the ferrets have ruined reality as we know it.

Neptune and Pluto are blissfully unaware, but in about two hours the effect of the ferretverse will reach them, and it’s not going to be pretty.

next Welcome back beard