It’s been way to long since I did any movie reviews, so here’s a short update on movies I’ve seen lately.

Men Who Stare At Goats

The trailer portrayed this one as pretty funny and interesting, but the trailer contains about 80% of the comedy in the movie and the rest is pretty booring. 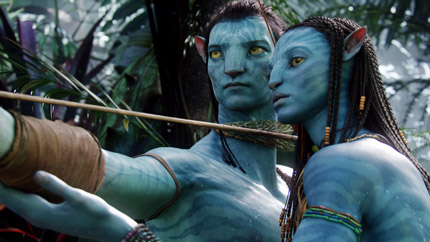 I must say I was rather skeptical as the last big hit movies that everyone is raving about turned out to be crap. But I gave it a chance, if it sucked at least there would be nice graphics and 3D. But I must say even though the plot is a bit simple and neat, this movie is kick ass. The plot is nice and tidy, characters are great and the 3 hours go by quickly because the movie never ceases to be interesting and/or exciting. I will definitively go back to the cinema and watch it one more time in 3D before they stop showing it.

My expectations were very low for this one, but it was actually pretty good of showing the origins of Wolverine, can’t wait for Magneto :)

This is by far the worst Terminator film made, boring and does not really feel like a Terminator film.. It does have some nice effects though, and is mildly entertaining at periods.

Transformers 2 (Revenge of the Fallen)

Wow.. Even though my expectations were pretty much as low as they go (the previous Transformers movie was a piece of crap with an idiotic plot, boring as hell and with lame ass characters), this movie is actually so bad and retarded that it actually put me to sleep even though I was not tired (must have been the brains natural defense mechanism). Now why would I watch Transformers 2 when I hated the first one you might ask? I’ll tell you.. It was a gift, and I was hoping to see some cool effects, after all who doesn’t love robots? But even in that department the movie is a huge disappointment, the first one actually have cooler and more interesting effects.

I feel ripped off! The trailer portrays this as a funny movie filled with humor.. The humor is there but it’s miles apart, and completely drowned out by the sadness of the movie, which came like a shock when expecting a comedy :(

Veeeery skeptical, with the horrible “Dead Snow” still fresh in memory I did not really want to even see a comedy zombie movie. But it quickly became apparent that this movie was quite good, not exactly Shaun of the dead, but still very enjoyable with lovely characters.