It’s been too long since I got any programming done on my Star Trek game Trekwar, but today I managed to implement animation support on the main map, as well as get the sensor system and fog of war working (still needs a bit of tweaking): 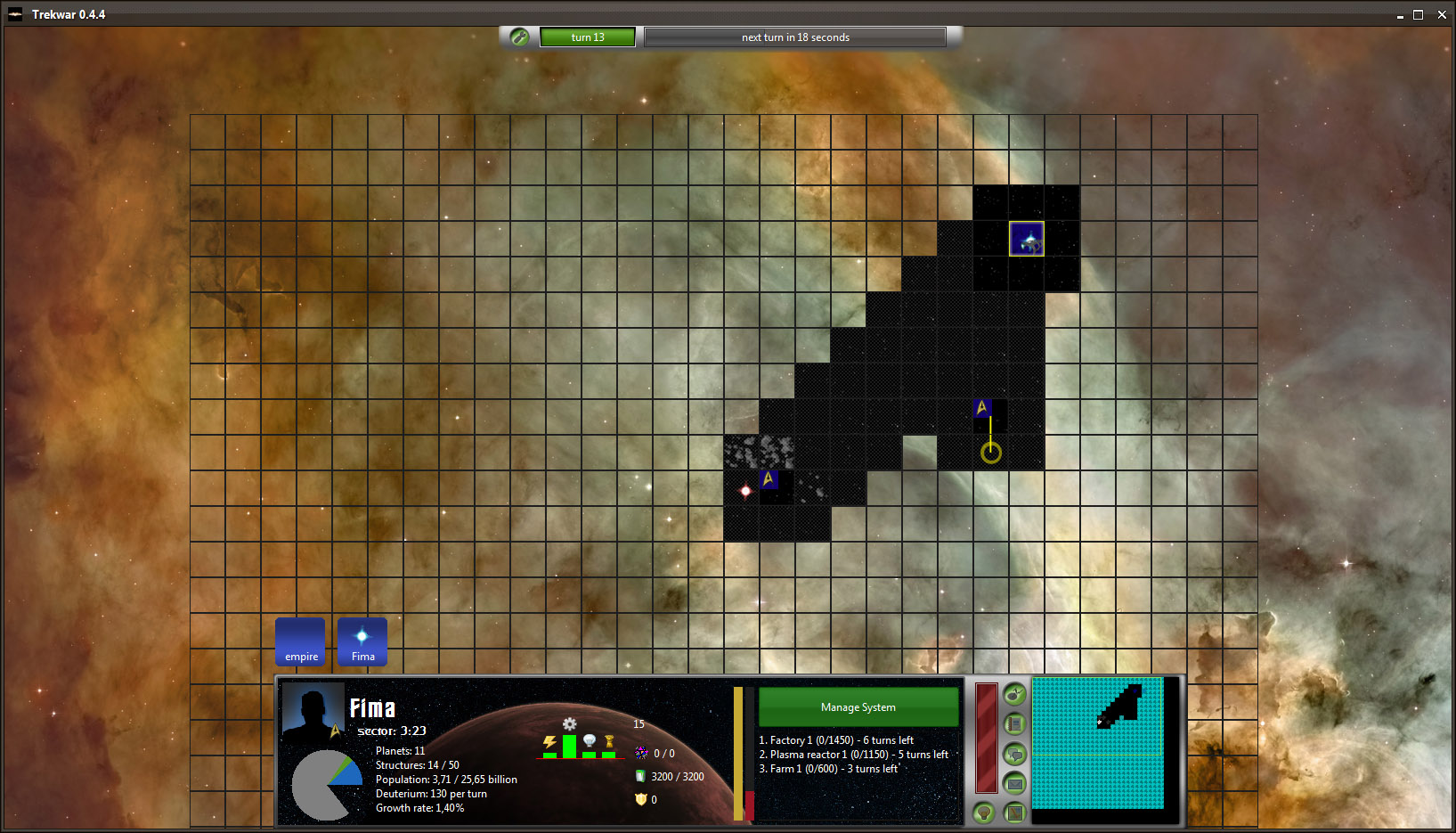 I’ve gotten a new job, and been working on another paying project as well (Comicon does not pay for itself you know). But this other project is almost done, and then I should be able to get back to doing regular Trekwar updates.

I’ve also switched over to Toodledo for maintaining the list of features to be implemented, so hopefully you can see the issues under “0.4.0 (Alpha)” shrinking over the next few months :)