The need for speed

I finally got around to implement the new ship system for the Trekwar game.

All ships are no based on a specific hull, which has some base armor and crap, + X number of slots you can put equiptment in. Below is the starting ship of all factions in the game: 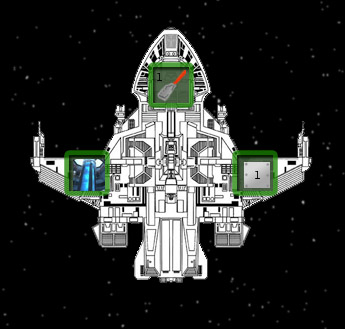 If you noticed that this is the design of a Maquis raider, give yourself a cookie!

One new thing I implemented today was ship speeds. Unlike in Civilizzation / Birth of the Federation, where units can only move 1 or 2 tiles each turn. Ships in Trekwar can have a speed of 1.0 (which lets it always move 1 tile each turn) or 0.7 like the colonization ship in the screenshot below: 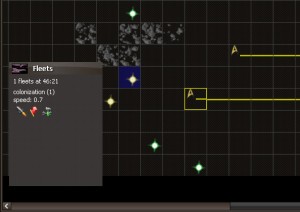 The upper most ship is a scoutship with a speed of 1.0