I’m a HUGE Stargate SG-1 and Atlantis fan, so I was sooo excited when SGU started.

However I was not really blown away by the start, but I decided to hang in there because many shows start slow. Now I’ve just seen episode 10, and I must say, this show SUCKS.. It’s like they tried to copy Battlestar Galactica + Lost + Grey’s Anatomy. SGU is not a science fiction show, it’s basically Grey’s Anatomy or Desperate Housewives in a dark studio with the occasional boring trip trough a stargate to a lifeless world where they do nothing at all. 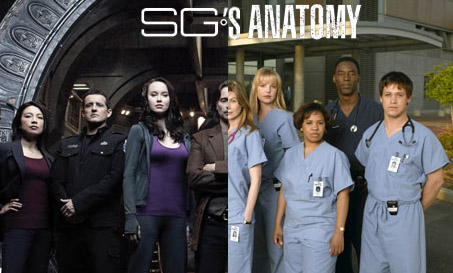 I was hoping the show would get better, but it’s just getting worse by every episode (except for episode 8 which reminded me a little bit about science fiction).

I will be very surprised if this huge pile of crap gets renewed for a second season.

Not that I any problems with people making drama shows, what I do have a problem with is that they have taken a great sci-fi franchise that’s built on awesome humor, great epic stories and camaraderie and turned it into a bad drama show, which they tricked me into watching :p

Anyway I think I’ve watched my last episode of this crap, I gave it a fair chance but I’d rather watch SG-1 or Atlantis again.

previous We are a way for the universe to know itself