Here is my take on the Mere of Dead men, this swamp is set just south of the Leilon map I made.

This map is all about exploration and each hex should be about an hour of travel, and I allowed 8 hexes of movement per day. This might be a bit slow for some in which case just increase it to 12 hexes per day.

My notes for the points of interest are just hastily scribbeled, feel free to adapt and use as you see fit. 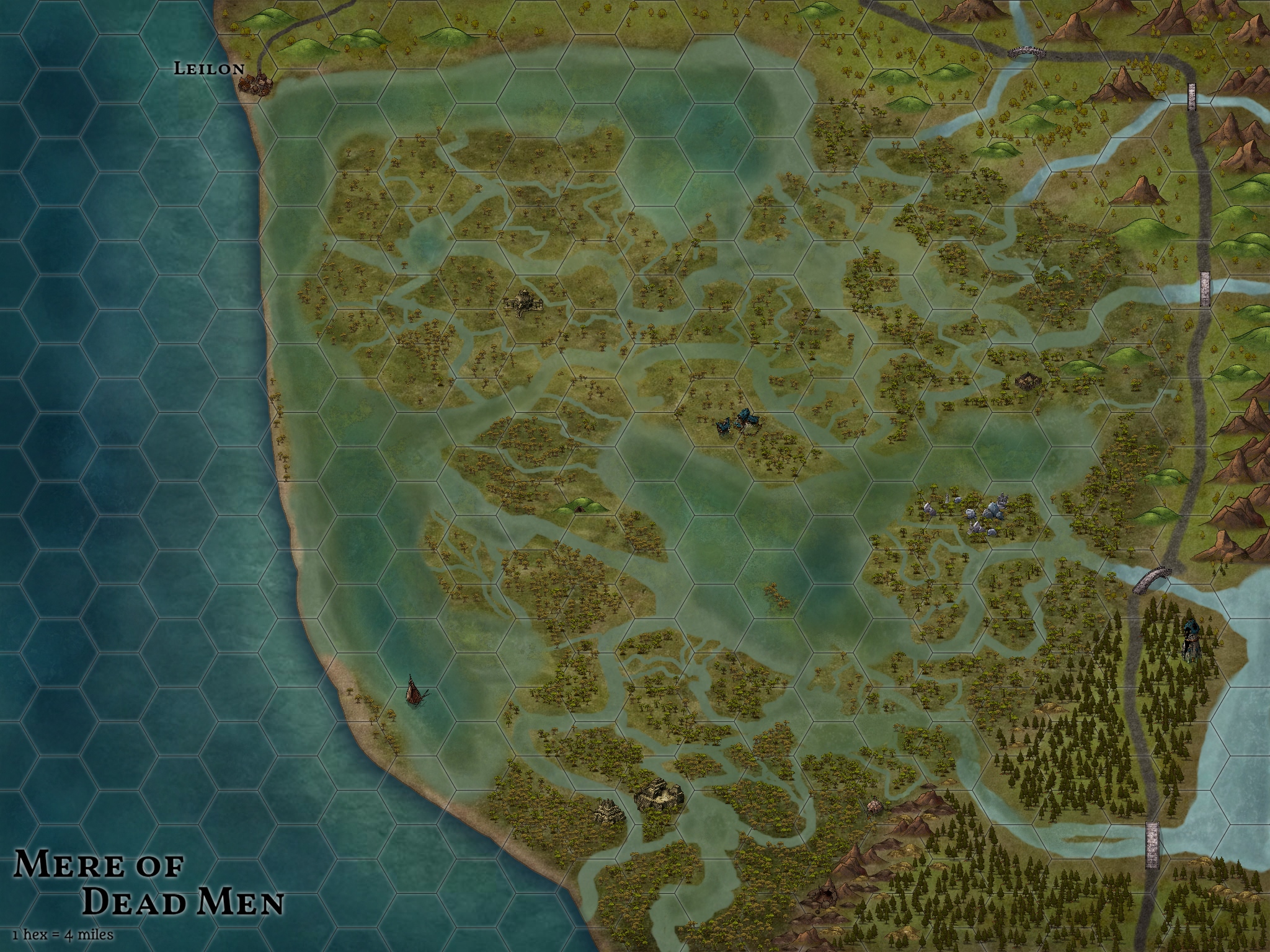 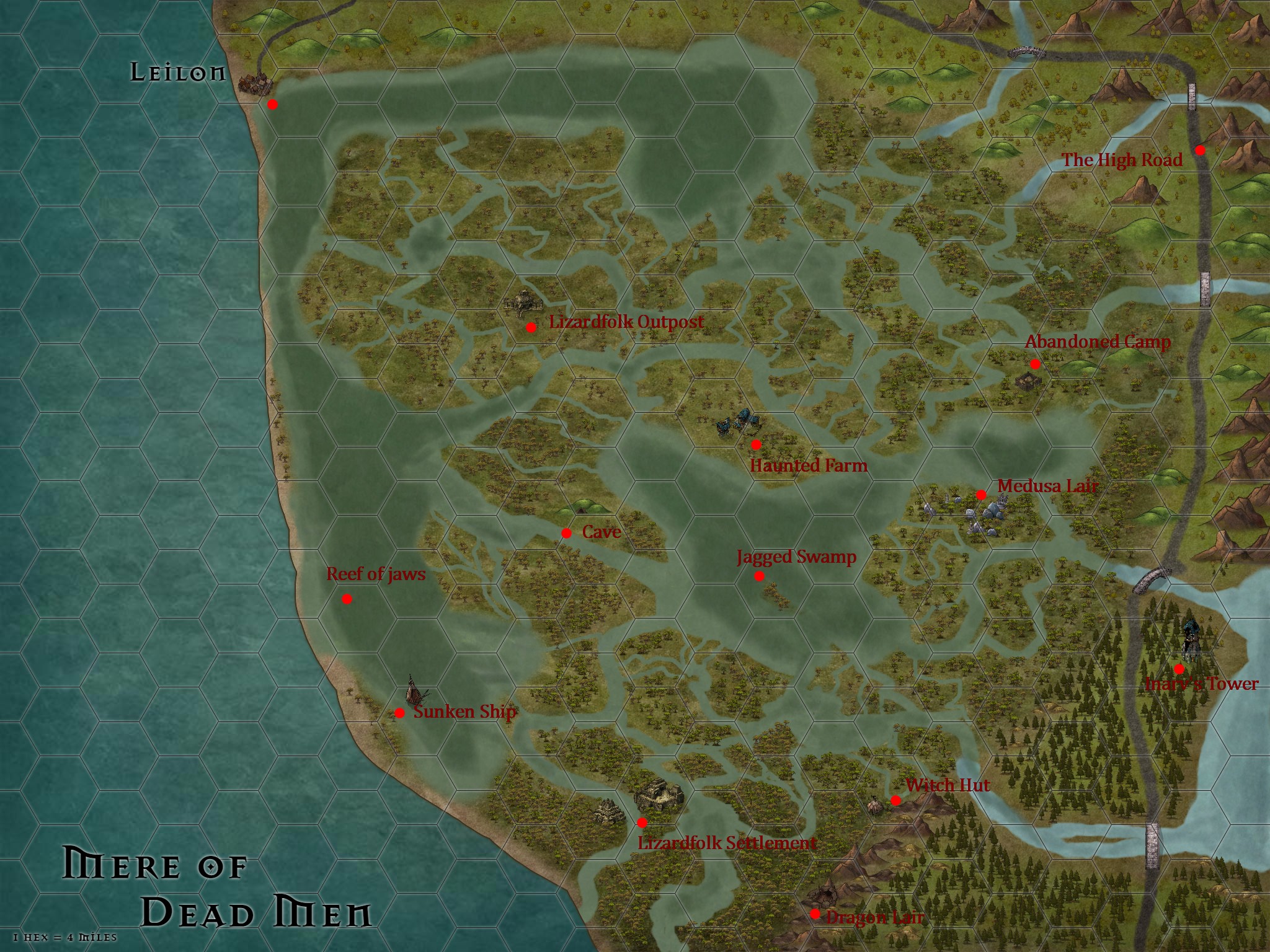 There mere was created in 615 when the armies of Phalorm (dwarves, elves, gnomes, humans, halflings) and the attacking Hordes of the wastes (Goblinoids) disturbed Iniarv, a lich that called the ocean to flood the area, killing goblins and humans alike. When the waters retreated it left a saltwater swamp.